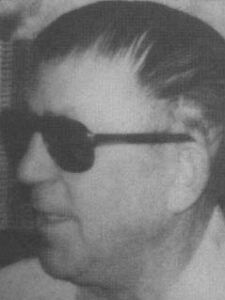 Lawrence Revere was a pit boss for 28 years as well as an author and professional Blackjack player. Born Griffith K Owens on November 5 1915, he played under several aliases, including Leonard “Speck” Parsons and Paul Mann.

Revere graduated from the University of Nebraska with a Degree in Mathematics a was known for his card counting strategies developed with Julian Braun detailed in “Playing Blackjack as a Business” The strategies included The Revere Point Counting, The Ten Count Strategy, The Revere Five Count Strategy and The Reverse Plus-Minus Strategy. He was a controversial figure as he worked both sides of the game, a casino pit boss, and a player where he advised both and his strategies still get used today.

Making The Most of his Experience

Revere is amongst the most famous names in Blackjack, and he grew up on the streets during the Great Depression hawking newspapers for two cents apiece. By the age of 13, he got involved in a life of gambling, working as a Blackjack dealer in the backroom of a barbershop. After graduating with a Masters in Math’s during World War II, he moved to Las Vegas. Revere had no trouble finding employment at a casino as a Blackjack dealer climbing the ladder to pit boss, even operating his own casino for a while.

Where is he now?

Sadly Lawrence Revere passed away on April 23 1977, from lung cancer and in 2005, Revere’s accomplishments got recognized with his worthy induction into the Hall of Fame.

No comments to show.